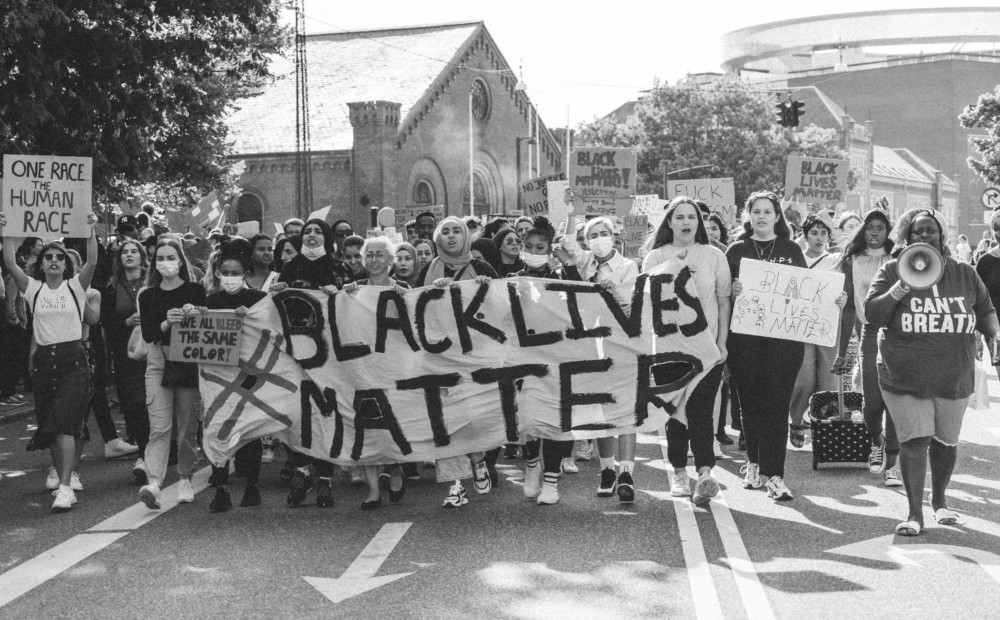 What’s the link between racism and climate? It’s closer than you think.

Here’s why equity and anti-racism has to be at the forefront of our climate activism.

We know police brutality is far from the only systemic form of violence and oppression black Americans are subjected to today; they also feel the negative impacts of COVID-19, poverty, and climate change disproportionately, to name a few.

But George Floyd’s death and the police violence felt by protestors at peaceful Black Lives Matter demonstrations makes it even more evident that the country’s racial baggage is visceral and entrenched, and extends to virtually every agency that comprises it. Now with the national stage a dystopian display of unjust killings by cops and the socio-emotional and political backlash its ignited, it’s imperative to understand that this is actually hundreds of years in the making.

Now America scrambles not only to recuperate but to find common ground so it can attempt to develop policy-based solutions. However, if the country truly aims to be anti-racist then it must address racism as it occurs on every front, especially as it pertains to income inequality and the environment.

The color of your skin is actually one of the biggest determinants of whether you live near toxic waste in the U.S. This is one example that underscores the relationship between Climate change, racism and poverty, illustrating how they are not separate issues but rather distinct manifestations of two larger frameworks under which society operates: colonialism and capitalism.

The relationship between climate activism and anti-racism is an undeniable one, and one that needs to become more obvious as we look to implement solutions. The essence of environmentalism aims to provide sustainable resources regardless of race, gender, sexual orientation or socio-economic status. This dynamic makes it clear that in order to achieve sweeping, transformative climate justice, racial justice must be actualized alongside it.

So, how are these two seemingly divergent crises so intertwined?

The concept of environmental racism was first formally sited in mainstream academia in the late 1980s in a groundbreaking study by the Commission for Racial Justice. “Toxic Wastes and Race in the United States” illustrated the disproportionate exposure to toxic waste ethnic communities faced across the country. The sobering and irrefutable statistics are still mostly representative of the situation today, over 30 years later.

This study bridged the gaps in the perception surrounding race, class and toxic exposure, which is crucial to determine how to solve these issues.

This also informs why Black people and minorities care the most about issues surrounding climate change; they are the most affected by the impacts.

If climate change is anyone’s story, it is black, brown, and indigenous people’s story.

While at times it may appear its mostly well-off white people promoting environmentalism this is because Black voices are often left out of these areas.  This erasure has created holes in climate activism previously that must be addressed in order to succeed.

And although weather phenomena like hurricanes of course can’t have prejudice, the impact it’d have on a lower income and mostly black community is more devastating that on that of an affluent, white one. Intense weather simply exacerbates the degradation of the already poor conditions that many black Americans are pushed into.

Simply put, its effects hit people in black and minority communities the hardest, and they’ve been forced to bear the brunt of its impact.

Such examples illustrate the inextricable structural connections between race, class, and exposure to environmental hazards. These issues are so interconnected, efforts to solve one must involve the other to create tangible and practical change. This more structuralist approach is gaining traction in the discourse surrounding the Black Lives Matter movement, especially as these ‘isolated incidences’ of police violence reveal themselves to be an inherent characteristic of the aforementioned systems under which we structure society.

Many local eco-activist organizations are black-led or represent predominately black communities. They are advocating for environmental justice and the health and safety of their neighborhoods and family. This type of advocacy is essential in a city with a long, insidious history of forcing its blacker, poorer residents into dangerously close contact with environmental hazards.

How does Philly fit in?

From erecting a gas plant in the air polluted, impoverished and asthma-riddled neighborhood of Nicetown to the largest East coast oil refinery being embedded in Gray’s Ferry for over 100 years (not to mention the subsequent fire pumped toxic smoke into a mostly black South Philly community), Philadelphia has its own dark history of environmental injustice.

Check back in with Green Philly for our next post with a more comprehensive look at Philly’s own history of environmental racism.

If you love what we do you can support our mission with a one-time or monthly contribution.
Become a Supporter
Tags: BLM, environmentalism, social justice

Green Philly stands behind the Black Lives Matter movement. As a sustainability-focused organization serving a majority black city, we understand how imperative it is to stand in opposition to injustice as it pertains to both the environment and race. Fighting...
Keep Reading
June 04, 2020 | 0
by Jada Ackley